We need a new 9/11 Investigation

Senator Max Cleland resigned in disgust from the 9/11 Commission saying "This is a scam...It's disgusting.  America is being cheated...As each day goes by we learn that this government knew a whole lot more about these terrorists before September 11 than it has ever admitted...Let's chase this rabbit into the ground.  They had a plan to go to war and when 9/11 happened that's what they did; they went to war."

They failed in their mission to "to prepare a full and complete account of the circumstances surrounding the September 11, 2001 attacks"  It was not full and complete by any means. There are millions of Americans who still have unanswered questions.  Philip Zelikow picked the topics that the Commission would investigate, leaving out anything that might accuse Bush's Administration of complicity.  Commission members have publicly expressed that they were not given all the evidence.

Its name was the "National Commission on Terrorist Attacks."  Its purpose and focus was to show that 9/11 was done exclusively by terrorists.  We need a commission that sternly investigates who was involved in the attacks, and anyone who had a motive to delay prevention, even if they were American citizens and government officials.

What should the WTC towers looked like after the jet crashes?

Steel Beams cut at an angle with molten steel - the mark of explosives
With so much rubble, no one could get to these beams with a cutting saw.
Steel still smoldering - the mark of controlled demolition. 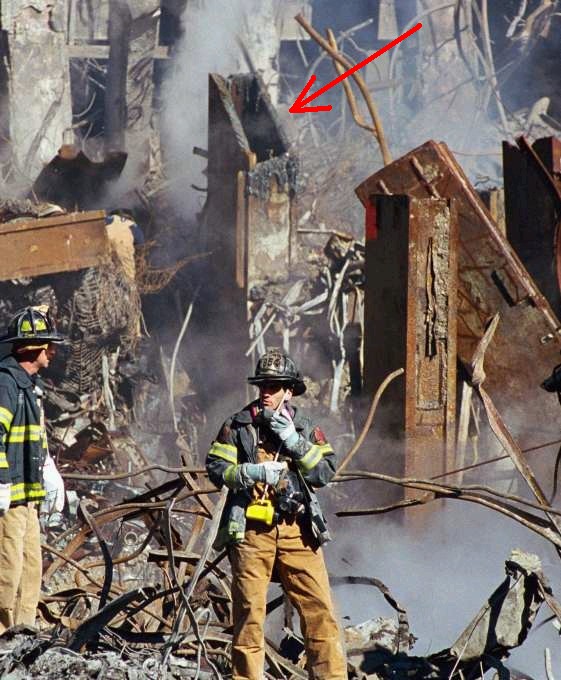 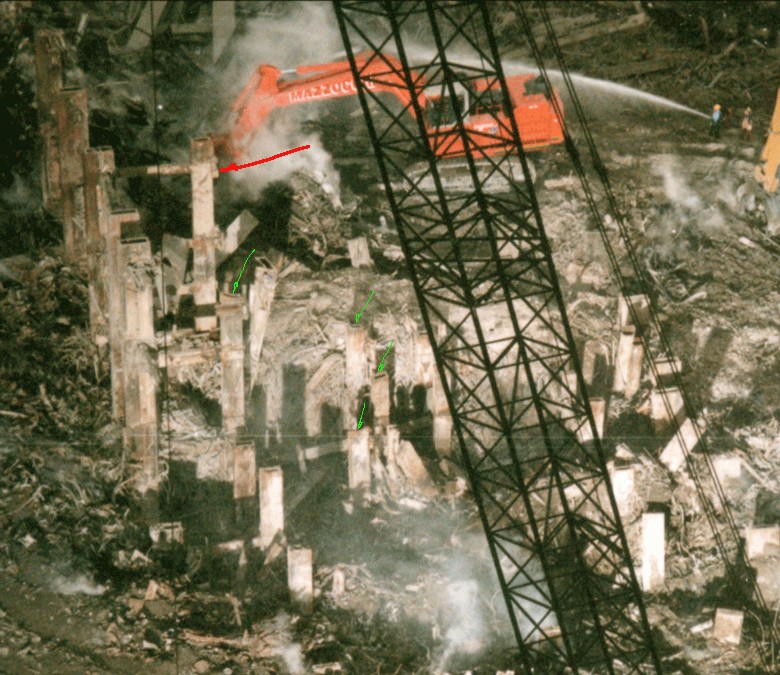 Worse Building Fires Have Been Put Out

The Wizard of Oz, Dick Cheney, scaring the public with Bin Laden

JFKTruth.org
The conspiracy got away with it, in broad daylight,
to reverse JFK's pullout from Viet Nam, and get LBJ in power.
They saw that the American public can be fooled.
This encouraged an even bigger day light assassination on 9/11,
of thousands of innocent people in buildings
to get the USA public support to invade Afghanistan and Iraq.

Doesn't NORAD get CNN?
The American public knew about 9/11 before NORAD?

We are supposed to have an air defense system that can prevent Soviet MIGs from zooming in and bombing the Pentagon.
But with an hour's warning, a passenger jet, moving at comparatively slow speeds,
can make a big U turn over the Pentagon and smash in to it, after it was known that 2 jets hit the WTC?

With all these screens, why didn't NORAD turn on CNN News?
They didn't have to wait for the FAA to tell them we were under attack.
They could have scrambled jets after seeing WTC 1 hit on TV.

9/11 Commission Records are still classified- Why?

www.911Experiments.Org
Experiments you can do at home to test the official conspiracy theory 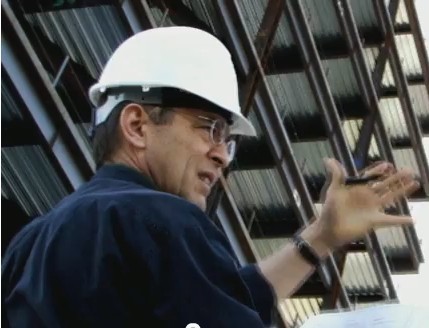 Now there are 7 volumes of
Scientific Research on TM

Not to be confused with the
Collected Articles Of Frederick Douglas