They brought their sons up right, learning the scientific method

Dorion was interviewed about 9/11 on Dr. Keven Barrett's show  http://noliesradio.org/archives/58067

Jeremy Sagan is a computer programmer, is the founder of Sagan Technology and author of Metro:
an audio, MIDI and video sequencer for Apple Macintosh computers and a professional musician.

Jeremy has been a 9/11 Truth seeker for years, as has his mother Lynn.

In a recent interview, Sagan and Andy Steele discuss the 9/11 controlled demolition evidence,
the work of both his parents, and the state of the media and government establishments
as they try to cover up the facts surrounding 9/11.

In the video below, listen to Jeremy’s recent interview where he discusses
the demolition of the World Trade Center buildings in New York City: 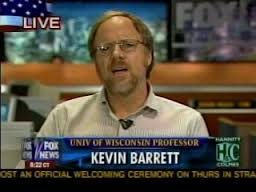 “The truth may be puzzling. It may take some work to grapple with.
It may be counterintuitive. It may contradict deeply held prejudices.
It may not be consonant with what we desperately want to be true.
But our preferences do not determine what's true.”

“We can judge our progress by the courage of our questions
and the depth of our answers, our willingness to embrace
what is true rather than what feels good.”