Congressmen Walter Jones (R-NC), Steven Lynch (D-MA), and Thomas Massie (R-KY) petition for the release of the 28 page chapter that Bush classified, about who financed 9/11 - which lead to 14 years of lies, loss of Constitutional liberties, and wars. 28 pages of the Joint Congressional Inquiry.  As it turns out, the 9/11 operation was financed with the assistance of our allies with close ties to the Bush administration.
https://jones.house.gov/press-release/jones-introduces-resolution-declassify-911-report
http://www.newsmax.com/Newsmax-Tv/Walter-Jones-Stephen-Lynch-911-report/2015/01/09/id/617554
https://www.facebook.com/video.php?v=10155177114505103
www.28pages.org 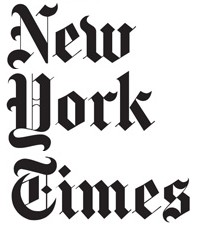 Senator Chuck Grassley, Chairman of the Judiciary Committee, autographed a copy of Senate Bill 1471 to release the 28 Pages that GW Bush covered up about Saudi funding of 9/11, and indicated that he would sign the real one. Senator Grassley gave a speech to the Iowa State Republican Convention, in support of Donald Trump, who helped made the 28 Pages main stream news. https://www.youtube.com/watch?v=jcWkkT__U1c

Donald Trump hears about the 28 Pages then makes them main stream news.