"It's not so much what they say.  It's the things that, you know, make you look at what you thought you saw in a different light.
And those things, for me, that bother me:
* the hole in the Pentagon being too small for a plane
* the lawn isn't mussed up, and
* the Government is not showing the plane hitting, when many cameras photographed it.
* At the World Trade Center, three buildings came down like demolition, and only two of them were hit by a plane.
* But for the third one (WTC 7) they said "you want us to pull it?" and they pulled it and it looked just like the other two. Those things bother me.
* In Pennsylvania the plane that went down, and there was just a hole in the ground. There wasn't any wreckage. There weren't any skid marks.
There weren't any tears in the earth, and no one has ever really found out about that.
So at every place, there are questions coming from this documentary.  And you don't have to believe everything in the documentary to still have questions come up.
And you look back, and you remember what you saw, and what you were told, and now you have questions.
Now it's just an event that has many questions, and no answers.
It's too big for people to think about.  It's too big.  It's like something no one wants to think about." 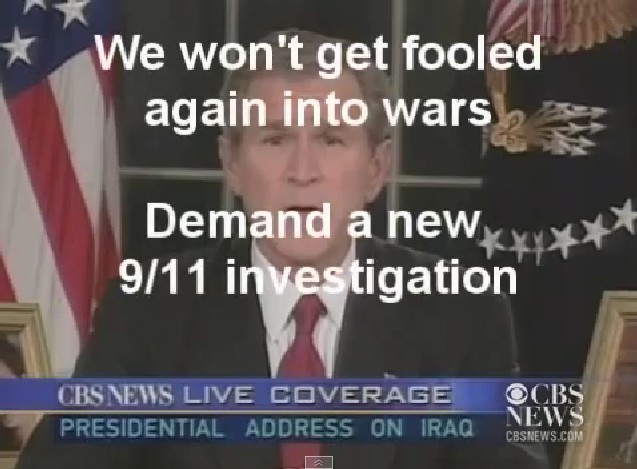 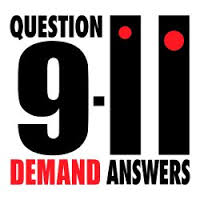 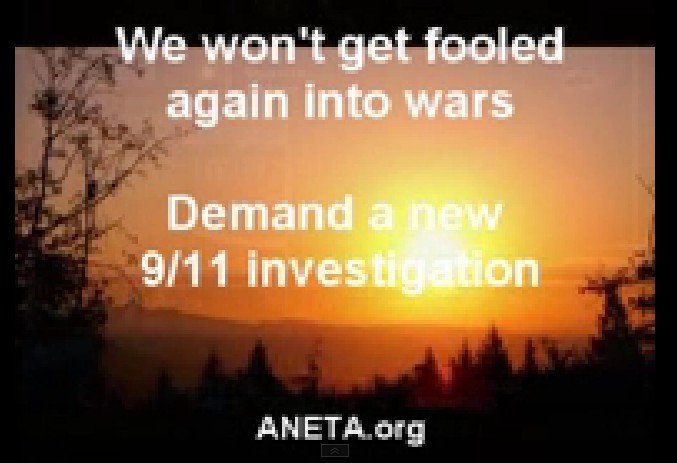 We won't get fooled again into wars.

Demand a new investigation of 9/11

PhDs in Physics who demand a new, independent, scientific investigation of 9/11,
a fair trial and prosecution of the actual perpetrators, and justice for the victims.

Architects & Engineers for 9/11 Truth
Over 2200 verified Architects and Engineers who know concrete and steel buildings
cannot fall as they did on 9/11 unless explosives were used, signed a Petition to Congress
Civil Engineers and graduates from top universities

No PhDs in Physics are willing to defend the Bush Story of 9/11 (BS911) in debate for the 2nd year.
The BS911 of the collapse of the 3 WTC towers violates all 3 of Newton's Laws of Motion.
www.911Debate.org

"It's too big for people to think about." - David Lynch
Psychologists speak out about cognitive dissonance

In 2014 and 2015 no PhDs in Physics were willing to defend the Bush Story of 9/11 (BS911)
in a 1 hour phone debate with Dr. David Griscom, even for an award, as it violates Newton's 3 Laws of Motion.
http://911Debate.org/20150314DrGriscom
www.DavidGriscom.com  - PhD, Brown University, scientist at NASA, Naval Research Laboratory, and DARPA, with over 190 published studies.